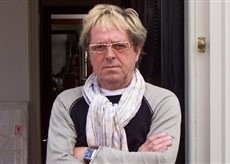 Clemens Briels began his career as an artist around 1990. Since then, he has been supported by a growing staff skilled in various disciplines to free him from administrative duties. With more time to devote to his creative endeavours, he has successfully conquered the art world and is marketing his work internationally.

His successful exhibitions, one closely followed by the next, have been held in Europe, North- and South America, the Middle East and a museum exhibition in Shanghai, August 2008. Multinationals request his collaboration when they want to present themselves by means of art. His commissioning parties in the Netherlands and abroad have included Ford Automotive Group, Philips, ABN Amro, Fortis, Pfeizer, Sarah Lee, DSM Chemicals, KLM Royal Dutch Airlines, Holland Casino and others.